The Cuban born artist Arturo Cuenca has passed away in his home in Miami. He was 65 years old. I first met him in New York in the mid 90´s, or rather saw him. When I was in New York at that time, which was quite frequently, walking around the galleries I often saw a short man with colourful clothes and horn-rimmed strong glasses, always in a hurry. I assumed that this must be an artist. And to my big surprise, so he also turned out to be. This was Arturo Cuenca. One of the core Artists in our Collection, Raul Farco, put me in contact with Cuenca when I told him we wanted to meet an original artist that was working with technical skills, imagination and motives that were different and not trendy. I don´t remember how Farco had met with Cuenca but obviously Farco knew that much about Cuenca that he could recommend him to us.

Cuenca was a conceptual artist and offers an analytical art with intense conceptual proposals requiring the spectator’s complement. He was a highly acclaimed young artist in Cuba when he fell out with the regim and even Castro himself turned vigorously against him and he had to leave Cuba. After a spell in Mexico City he settled in New York where we met in the mid 90´s at his small flat on 42nd Street and where I also purchased the 8 large paintings that we now have in our Collection.

Cuenca was a very uncompromising artist who did things exactly his own way. His whole existence was about art and he concluded: “The objective of my work is knowledge”. He was also very humble to state “I’m the most famous artist you’ve never heard of”. He thus had a difficult personality which probably contributed to that he never fully penetrated the major leagues of the New York art scene. After the 9/11 incident he moved to Miami where he now recently passed away.

But he is not forgotten in Cuba. During the unrest in Cuba this summer where artists, especially the young ones, seeking freedom of speech and went protesting into the streets, after Cuencas death his 1980s video was circulated again where one of his messages was “Pioneers always need an escape route”. 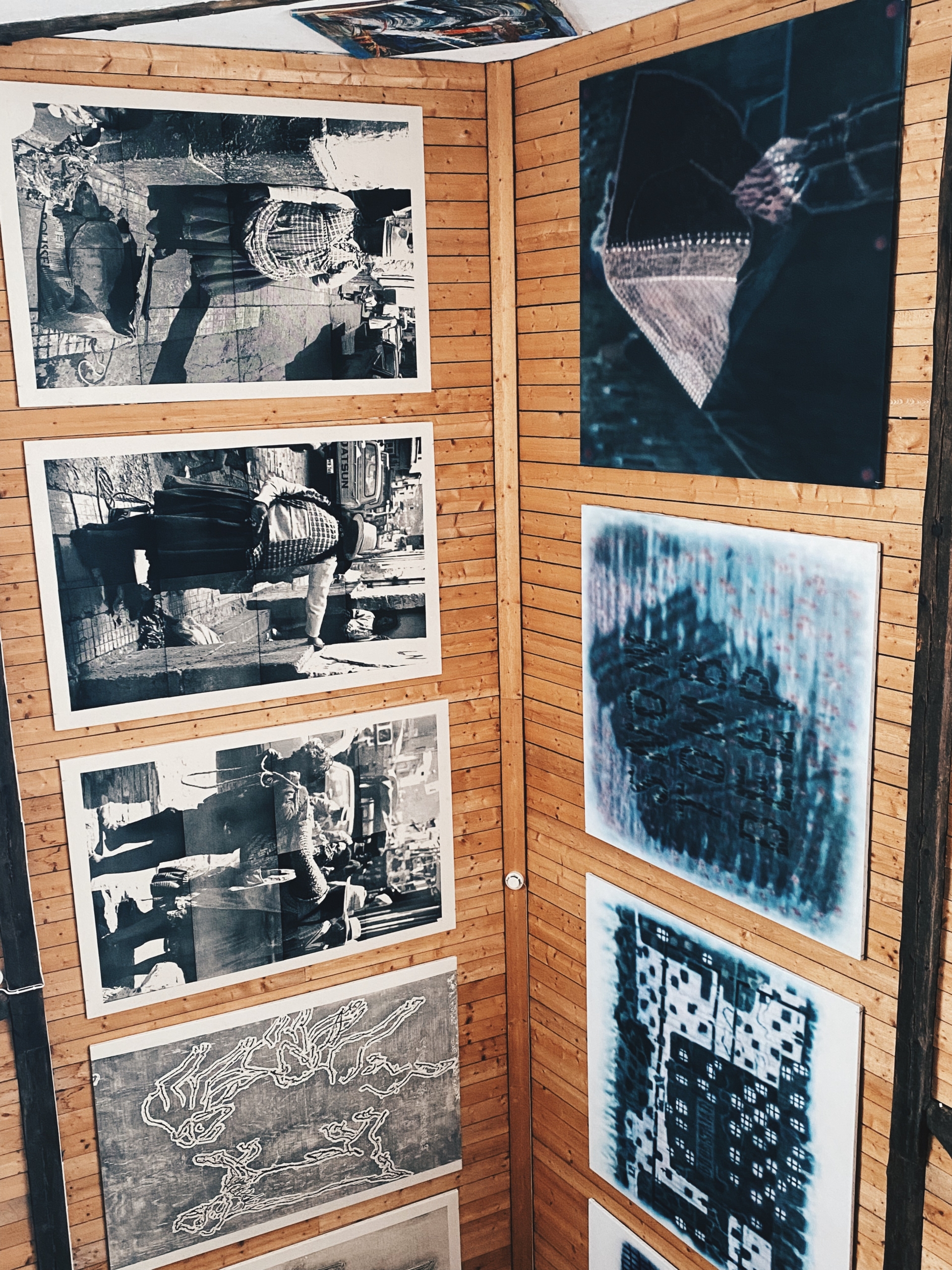