Urs Fischer exhibited a new piece at JTT, it is a small solo show and a departure for the Gagosian-represented artist who has previously shown a fondness for oddball downtown one-offs. JTT’s space was occupied by a single work, a plasticine recreation of Aristide Malliol’s circa 1943 sculpture “La Rivière,” a version of which resides at the Museum of Modern Art in New York. The schtick for Fischer’s “Ursula” exhibition, however, is that opening-night visitors (and anyone else wandering into the gallery through June 5) are encouraged to modify the work: breaking off chunks of clay-like material, augmenting the figure’s anatomy, or gouging graffiti into the bruisable surface with any manner of D.I.Y. implement. Different for sure..

A mural created by the Brazilian twins and graffiti artists Os Gemeos seen on the Lower East.

And last but not least, we saw “Goshka Macuga: Time as Fabric”  at the New Museum by London-based artist Goshka Macuga (b. 1967, Warsaw, Poland). Macuga’s practice typically applies in-depth historical and archival research to an interest in the evolving relationships among artists, institutions, politics, and communities. Her works investigate how art can be used to voice current concerns, rouse public debate, and inspire social change. Within her images and installations, she unearths associations between different actors (people, objects, and sites) that, in many cases, problematize the ways in which different organizations engage their publics and are shaped by socioeconomic and cultural developments in society.

Over the past five years, Macuga has created a series of large-scale tapestries that “weave” people together in their reimagining of demonstrations, public assemblies, and meetings of minds. Drawing from the rich historical tradition of textiles, which have been produced by artists and used by their patrons for thousands of years, Macuga exploits the representative functions of the medium, which can embody political messages, while also maintaining tapestry’s tactility and portability. Often panoramic and vast, her tapestries transform architectural spaces and surround viewers—making us both spectators of and participants in the actions depicted and enveloping us in narratives that expand and collapse the notion of time. This was definitely one of OAC’s favourite exhibitions seen on the trip! 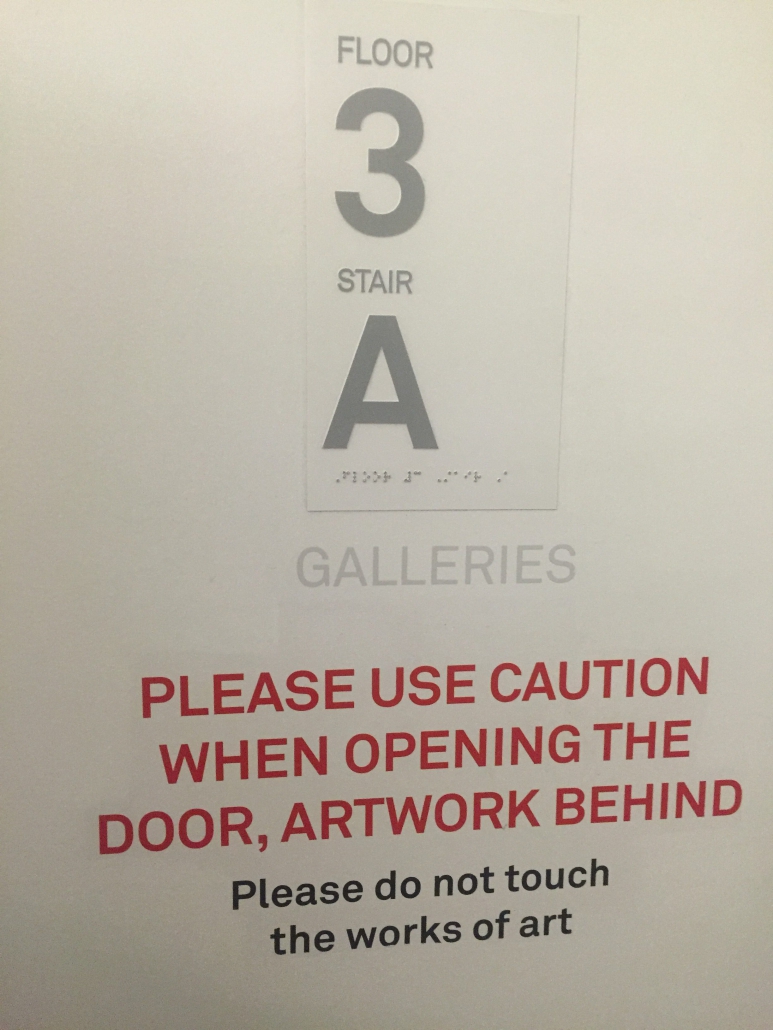 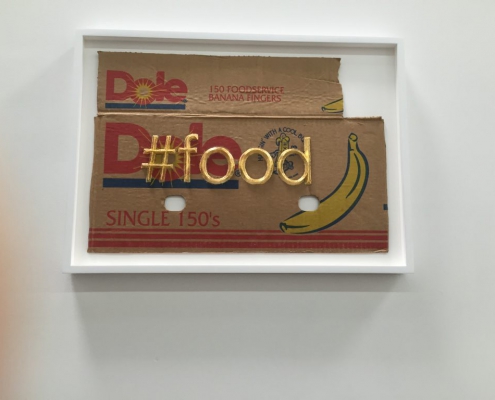 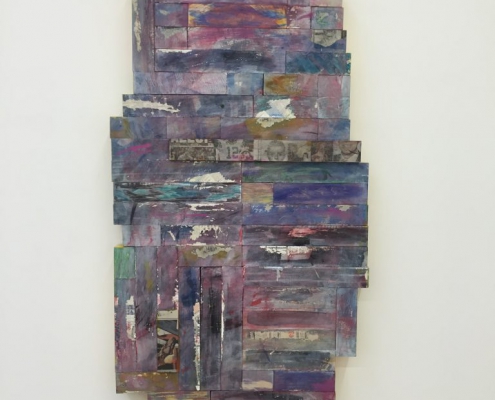 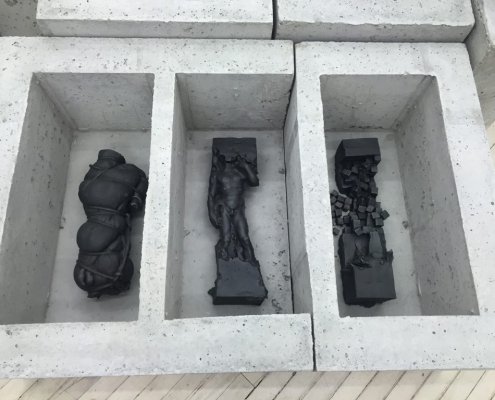 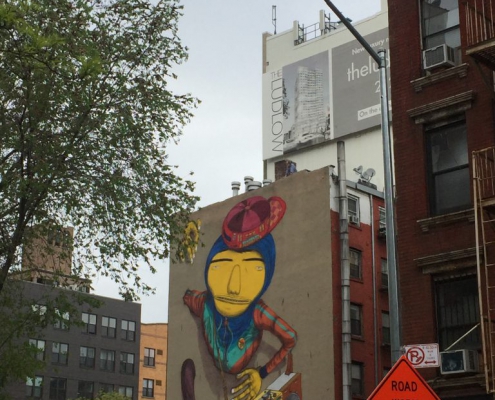 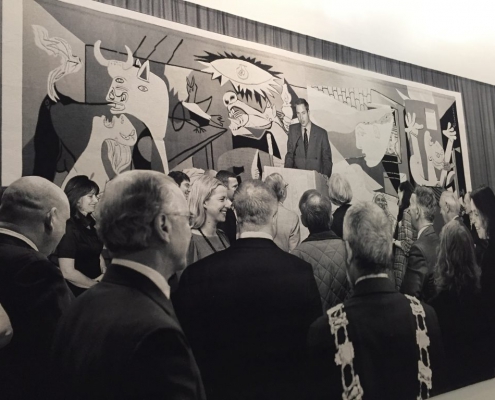 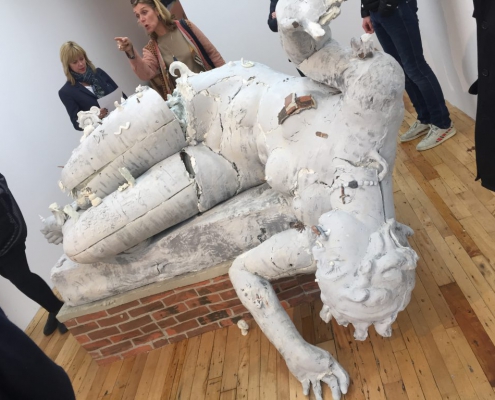 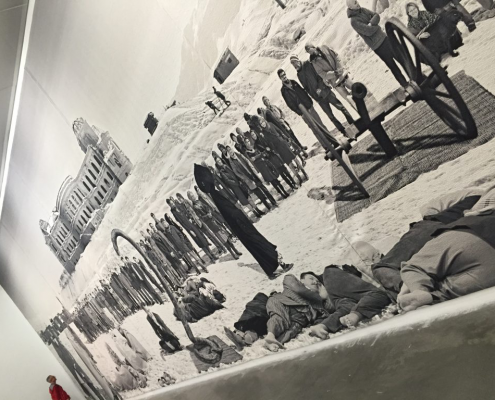