In 1961 Piero Manzoni created his Merda d´Artista work – his own shit put in a tin can to be precise.  Manzoni declares his shit an artwork, thus valorising it. He makes the valorisation explicit by equating the value of shit with that of gold. Through these acts, his literalism becomes paradoxical.The shit is no longer valued as “a thing in itself “, but as something that results from a social process of packaging and re-contextualisation.

At the time, it was described as “a joke, a parody of the art market, and a critique of consumerism and the waste it generates”. The edition was 90 and each 30-gram can was priced by weight based on the current value of gold (around $1.12 a gram in 1960), at the time some $ 60. In 2015, tin 54 was sold at Christies for the astonishing sum of £182,500. I don´t know what Manzoni´s reaction to this price development had been could he seen it today!

Since no one reportedly has identified definitively what lies within Manzoni’s cans, this ostensible transmogrification by critique may be nothing more than a chimera, yet it reflects rules that we all live by, like it or not.

Tate Gallery, by the way, prudently describes its copy (Number 4, acquired in 2000) as “tin can with paper wrapping with unidentified contents”.

Shit
A collective and collected term “shit” is what springs to mind when I wonder about the contemporary art scene in general. In the art world today I think the very large galleries and the auction houses are the ones that try to rule and influence, not at least because of all the money that is involved. They are a dominating force and others, like curators and museums staggering along trying to be influential and important too, seldom are making a real impact on their own. They simply don´t have the money. The auction houses have now turned into trading houses for assets. And being traded themselves – Sotheby´s is being bought out from the stock market by a private investor! We just saw Art Basel a couple of months ago – a rumoured $ 4 billion (or was it 6?) of art for sale from all the big galleries in the world – talk about influence. I recognised most of what we saw. In many cases I also remembered the price when I last saw the work – or its more or less copy because repetition was the name of the game –  for sale.

General taste and trends are concepts which I dislike. And the art world seems to be full of that today. Everyone wants to play it safe and maximise the profits – no gambling in the dark. This means that todays market is very tough and competitive and one key seems to be to find a gimmick. If the gimmick is based on bad and disgusting taste, the better. And when you have find this keyhole to paradise – let the marketing trumpet blow and start the mass production. The old saying “empty vessels make the most sound” comes to an irritated mind.

I have always been very much against fabrication and industrially made art works. Manzoni´s work is a different story – as described above it was a complete revolution when it came and it has the originality in all respects that a masterpiece is built upon. Koons, Hirst and Murakami thus are artists I don´t like and I can´t see how their status, and prices, ever can be justified, or even interesting neither now nor in the future. If anything, they should be risky. At a sudden change of market love, the down fall both of status and prices could be dramatic. When their creation ability goes into lowest gear, they “compensate” by doing editions and repetitions instead so to keep up a certain amount of work and turn over on the market. I would feel very foolish to enter into such a market. Take Koons; his artistry and career reflect an artist moving further and further away from a centralized, manpower-driven structure (well, if he even has been there) toward a decentralized, automation-driven one.

Over the years of collecting I can notice a change in how I appreciate art and what I de facto like and like to look at. Basically, I like technical and conceptual skills manifested in original works of art, in best cases the kind you never seen before. Thus, in the early 90´s I was very impressed by the (then) young Belgian artist Wim Delvoye. He then worked in the best Belgian surrealistic tradition; Magritte, Enser, Delvaux! I specially liked his etuis – a rusty shovel put in a high glance etui (as made for a Gibson guitar). The idea came full out when you opened the shiny etui and found a rusty shovel. Also his concrete mixers á la different modes (Delft porcelain, Wedgewood etc) were great. So unexpected but still very well executed. And the first works that we bought from him, the tattoed pig skin. In his early days we had quite a big collection of his works. But then repetition and, worse, industrial massproduction started following his increasing reputation and prices. We got off.

Under this same heading, “shit”, I will continue to be negative, and, in my own humble opinion, rightly so. Another “concept” which has become very popular is “Lobby Art” –  i.e. simply decoration of a public entrance of a building, inside or outside. An early piece of lobby art was Julie Mehretu’s “The Mural”, an abstract series of layered collages the size of a tennis court. In 2010, Goldman Sachs paid $5 million for for this custom-made Julie Mehretu mural for their New York headquarters. Mehretu made her piece on a computer and then had a team of assistants actually paint it on the wall. Mehretu herself confirms my suspicion that there is no overarching structure to the piece. A conclusion from an art-educated person: The mural in the Goldman headquarters is indicative of the candy-coated nihilism that is also pushing further into our lives.

In Sweden, you have to put 1 % of the building cost aside for “artistic configuration”! “Public Art” is to be decided by absolute laymen and politicians in a holy mix. In Stockholm that body is Stockholm Art – a local body there to give all Stockholmers “the best of art”. Am I the only one getting my mind twisted by this?

What´s in the market for us, The Olsson Art Collection?
I am thus tired of galleries and artists who occupy the room or by force take place. The tight goal seems to be Just to dominate and control the space.

Where is the respect for the intellect and the pure craftmanship? The Mexican painter Leonora Carrington once said that she felt that to reduce her work to collections of symbols or influences “violated the mystery of art.” Her art and career is important corrective and could serve as a warning about the commercial commodification of iconic artworks that causes their significance to disappear amidst all the pompous hype.

Having been this negative so far, OK I must admit that there, as always, are exceptions. When it comes to fabrication and large works I find Ai Wei Wei such a great exception. Just look at his large works like “Sunflower Seeds” and “Straight” (an installation consisting of 90 tonnes of steel reinforcing rods straightened by hand after being mangled in the 2008 Sichuan quake and the consequent demolition of local schools). Also, we admire him for his political and personal courage – he is a man and an artist of high integrity and this comes through in his art!

We are all archivists of our own lives in a certain way. We try to stay out of trends. They never last for long and will leave no real future impact. And this is also true for our own Artists most of the time. That is a main reason why we started to collect them in the first place. In common, they are not trendy and have always followed their own way and preferences. Is that going to be enough for the future? To include in the future of our Collection? I read somewhere that the ideal market artist: he has institutional backing and makes the right kind of painting: “non-invasive, highly decorative…and rather conservative.” I hope we will not collect him!

Are there any opinions out there – what do you think and what is your experience and views on this? Please let us hear… 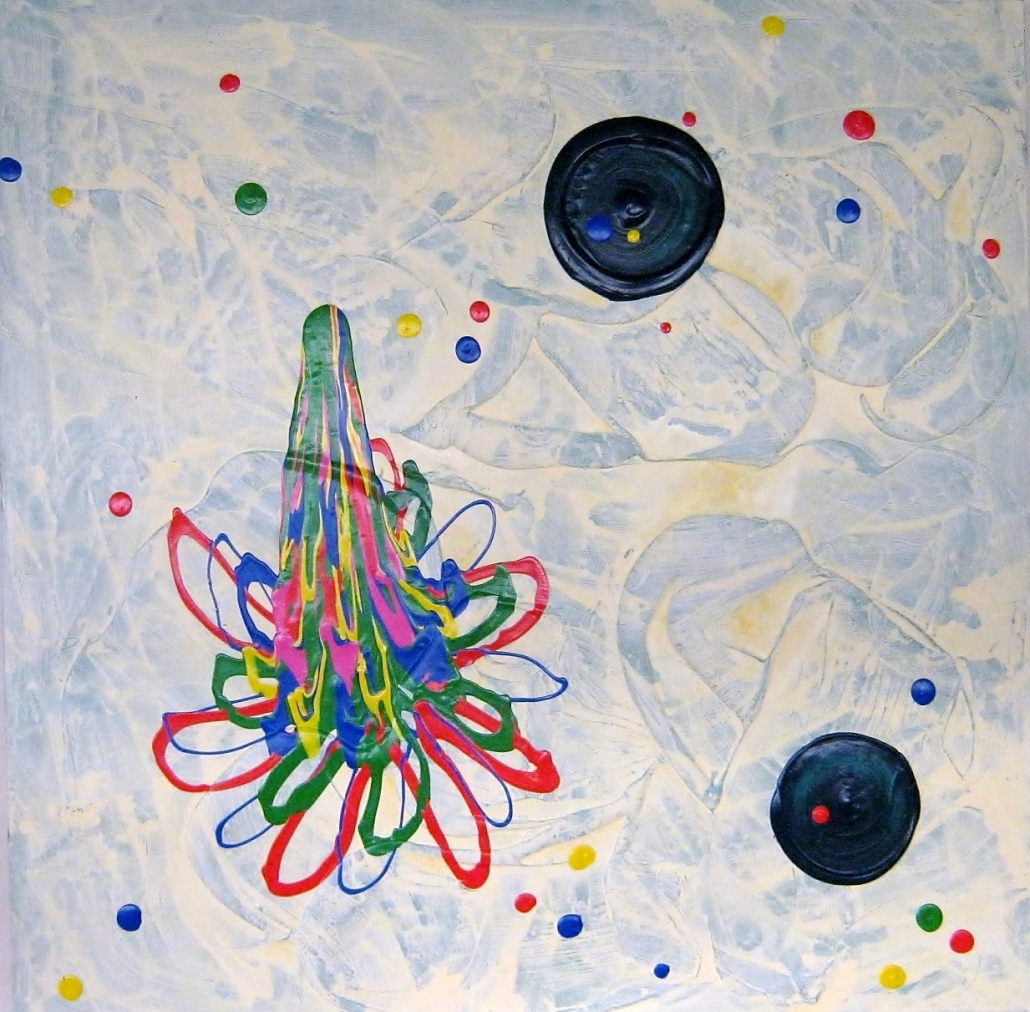