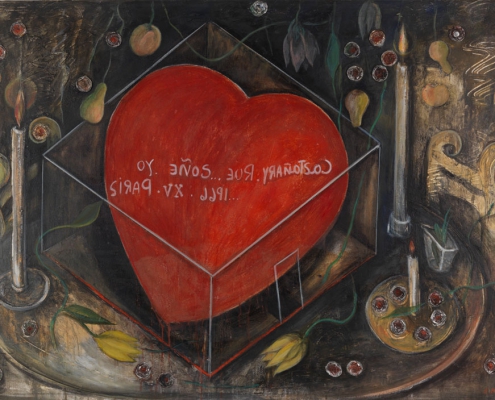 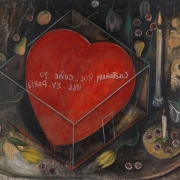 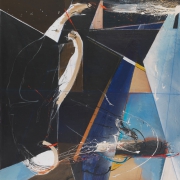 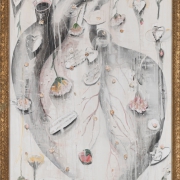 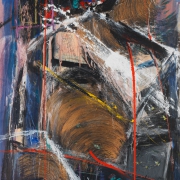 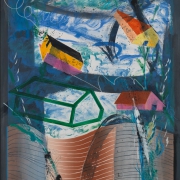 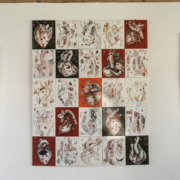 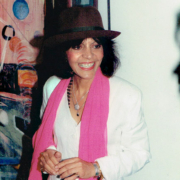 Elba Damast was born in 1944 in Pedernales, Venezuela. She lived and worked in New York from 1972 until she passed away on March 10, 2005. Her installations and paintings were exhibited in galleries and museums around the world. Her most recent show in 2004 was a one woman show in New York”s Lehman College, where she exhibited for the first time her installation Memories of Things to Come. This was an installation that was five years in the making and consisted of 8 found school desks, a camera, and 8 large sculptured bronze & brass hearts within which played videos of personal scenes. People were invited to sit at the desks, interact with the work and become part of the installation. In the late 80s and through the 90s she was was known for her paintings in which the outline of houses were seemingly etched into the environment of the canvas.

She was also known for the site specific, human scaled Casa Om installations, made of painted wire mesh, indigenous elements and designed to interact with the people and the surroundings. These ! were built throughout the Americas and Europe. A Casa Om was last included in the at the Milwaukee Art Museum’s traveling exhibition, “Latin American Women Artists 1915-1995.” Her work in the late 90s dealt with the symbol, image, and weight of the human heart. Like her house images, she worked with the image of the heart in paintings, sculptures and drawings. Her last series of work, Entangled Portraits, were a series of large paintings, sculptures and water colors of a single woman with multiple heads that were autobiographical and were titled “De lo Que yo soy (Of What I Am).”